God Can Use You

The great missionary Hudson Taylor said, “All God’s giants were weak people.” The next time you feel like God can’t use you, just remember …

Noah was a drunk
Abraham was too old
Isaac was a daydreamer
Jacob was a liar
Leah was ugly
Joseph was abused
Moses had a stuttering problem
Gideon was afraid
Samson had long hair and was a womanizer
Rahab was a prostitute
Jeremiah and Timothy were too young
David had an affair and was a murderer
Elijah was suicidal
Isaiah preached naked
Jonah ran from God
Naomi was a widow
Job went bankrupt
Peter denied Christ
The Disciples fell asleep while praying
Martha worried about everything
The Samaritan woman was divorced, more than once
Zaccheus was too small and had bad reputation
Paul was a persecutor of the chruch 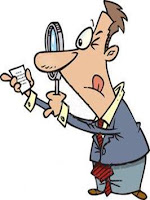 Timothy had an ulcer... AND
Lazarus was dead!

Now! No more excuses!
God can use you to your full potential. Besides you
aren’t the message, you are just the messenger.

In the Circle of God’s Love, God’s waiting to use your
full potential.
Posted by Rev. Johnny Wong at 9:31 PM